Gibraltar: The greatest siege in British history a talk at Wokingham Library

Wokingham Library Talk – Roy and Lesley will be coming to Wokingham Library on Wednesday 8 November at 2pm to give an illustrated talk about their book. A place can be booked at the talk by contacting the library directly on 0118 9781368. Tickets cost £5, and books will be available for purchase. 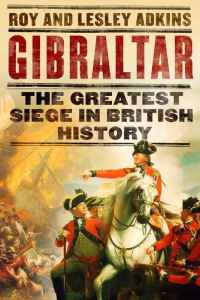 From 1779 to 1783 Gibraltar was besieged and blockaded, on land and at sea, by massive forces from Spain and France. It became the longest siege in British history. Thousands of soldiers, civilians and their families withstood terrifying bombardments, starvation and disease, with very ordinary people enduring extraordinary events. Rich in dramatic human detail, the action included an attempted invasion of England, naval battles, shipwrecks, fantastic floating batteries and the creation of Gibraltar’s first tunnels. This is military, naval and social history woven together, with soldiers, sailors and civilians, royalty and rank-and-file, workmen and engineers, deserters, prisoners-of-war, spies and surgeons, all caught up in an epic struggle. Roy and Lesley Adkins, husband-and-wife historians whose bestselling books include Trafalgar and Jack Tar, tell the story of the Siege in their new book, Gibraltar: The Greatest Siege in British History.