Cllr John Kaiser was elected as Wokingham Borough Mayor for the year ahead at last night’s annual Meeting of the Council (May 24). He takes over the chain of office from Cllr Rob Stanton. Cllr Bill Soane was appointed Deputy Mayor for 2018/19. 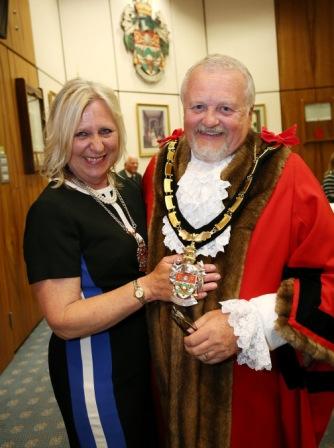 The Mayor is officially the ‘first citizen’ of the borough and has a civic role, representing the council and the people of the borough, as well presiding over borough council meetings. Unless Her Majesty the Queen or her representative is in attendance, the Mayor takes precedence over any other dignitaries attending events.

In the next 12 months, Cllr Kaiser will attend hundreds of civic engagements as well as host a number of major events including the voluntary sector reception and the primary schools carol concert.

Traditionally, the Mayor chooses a charity to benefit from fundraising during their year in office. This year Cllr Kaiser has chosen to support the Me2 Club.

Located in Woodley, the Me2 Club enables children and young people with additional needs and disabilities from the Wokingham Borough (aged between five and 19), to attend mainstream activity clubs. The club is able to do this by recruiting, training and developing volunteers to provide one to one support to young people (or two to one when required) at an activity of their choice such as Cubs and Brownies, gymnastics, youth groups or swimming. Me2 Club trained volunteers support young people by encouraging them to be independent, participating in the activities alongside them and adapting activities to ensure they can take part. 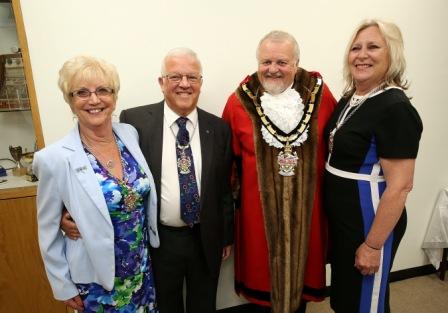 Cllr Kaiser is a familiar figure in the community and was first elected as a borough councillor in 2011 representing Barkham ward. He said:  “During my time as Deputy Mayor I have learned that the role of Mayor is unlike any other role you are likely to encounter while serving as a councillor. One minute you can be opening a major construction project and the next awarding the prizes at a local school or even helping resident’s celebrate their 100th birthday.

“I have been at the sharp end of politics during my time with the council and sometimes it’s easy to lose sight of the important things which are life enhancing for the vulnerable in our borough.

“Some of the events I attended as deputy Mayor, made me feel proud to be part of the council. Others have made me feel very humble as you see the effort put in by the council’s employees and the many volunteers who ensure nobody is left out, and as many as possible get to share in the good things Wokingham Borough provides.

“I am amazed at the diversity and how inclusive activities are in all our towns and villages, all of which go to make Wokingham Borough a great place to live.” 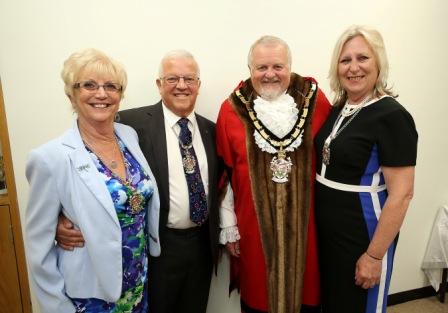 Cllr Kaiser has been a Wokingham Borough councillor for some seven years after retiring from permanent employment.  Spending a number of years as executive member for planning, highways and affordable housing, he has also served on the planning committee for most of his time as a councillor. Cllr Kaiser is also a parish councillor for Arborfield and a volunteer for the National Trust.

John is married to Gillian, has three grown up children and one grandson, and has lived in Wokingham for over 30 years.

Cllr John Kaiser’s deputy for the year will be Cllr Bill Soane who has represented Loddon ward since 2014. Cllr Soane has also been a Woodley Town Councillor since 2007 and served as Woodley Town Mayor in 2013.    Born and brought up in the London’s east end, Cllr Soane moved to Essex in 1970 after marrying his wife Hilary before moving in 1983 to Woodley. They have two daughters and four grandsons who all live locally.

Cllr Soane and his wife Hilary have been involved in the local community since moving to Woodley.

He is a member and past president of The Rotary and has served on Woodley Carnival Committee for 28 years, 10 of those years as chairman. He was also a member of the Woodley War Memorial Project, which was successful in having a memorial erected in the town.