Another milestone has been reached in the latest phase of the new community centre and primary school in the North Wokingham Strategic Development Location.  House builder Bovis Homes was granted outline planning permission in April 2015 for a phased development of approximately 760 homes, a local centre (including retail amenities), a primary school, community facilities and associated open space at Matthewsgreen Farm in Emmbrook. 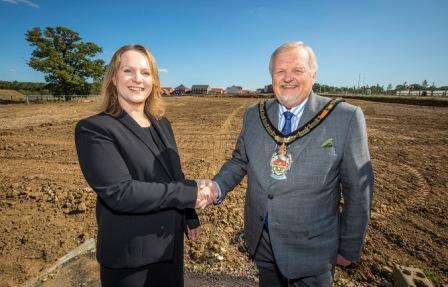 And on Thursday (September 13) Bovis Homes transferred the land for the new community centre and primary school to the borough council, who is set to build the new facility, which received planning permission in February 2018.

Building contractors are due to be appointed by the borough council next month (October), with construction work starting later this year.  Construction work is expected to be completed summer 2020, with the school opening for the new academic year in September 2020.  Once open, the school will be one-form entry, and could be expanded to a two-form entry in the future if there was sufficient demand.

Borough Mayor Cllr John Kaiser, who cut the ribbon at the official site handover event, said:  “The handover of the site is an important milestone for the North Wokingham Strategic Development Location. It is part of the borough council’s ongoing commitment to provide services and facilities for the new communities.  I am delighted we can now start work in the next few months on this very important facility which will benefit the community for many years to come.” 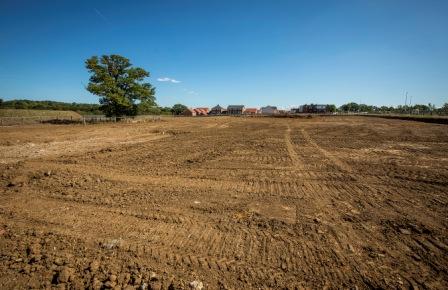 Sharon Eckford, associate land director at Bovis Homes Southern Counties, said:  “We are delighted to be handing over to Wokingham Borough Council this much needed land for the school and community centre. I am sure that residents and the entire Emmbrook neighbourhood will be looking forward to the school opening once the project has been completed.”

Wokingham Borough Council is still interested in talking to any local groups or organisations who have a serious interest in operating the Matthewsgreen community centre.  Anyone wanting to discuss this can contact Mark Redfearn, lead council officer for localities services, via (0118) 974 6000.  The council will also start the selection process for an education provider towards the end of 2018, with an appointment due to be made early next year (2019).