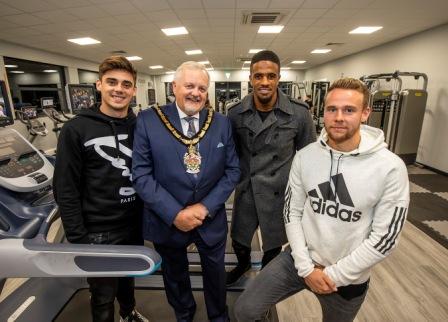 Ryeish Green Sports Hub opened its doors to the public following more than £4million cash injection from Wokingham Borough Council with support and investment from the Premier League and FA facilities fund.

The centre was originally closed in 2010, suffering from poor facilities which were no longer fit for purpose. The new centre includes a state-of-the-art 45 station gym for members, a studio, four-court sports hall, changing rooms, as well as a full-size 3G football pitch, and grass pitches.

Improvements at Ryeish Green have been funded by developer contributions, which is part of the planning agreements for the major housing developments in the area as well as the planned investment due to the new leisure contract with Places for People and investment from the Premier League and FA Facilities Fund. This means that these facilities are provided at no cost to the tax payer.

Wokingham Borough Council was awarded a £245,000 grant from the Premier League & the FA Facilities Fund towards the project. The council worked alongside the Football Foundation and the Berks & Bucks County FA to compile a five-year Football Development Plan, which is a vision of how sport will be played on site.

Cllr Norman Jorgensen, executive member for environment, leisure and libraries, said: “I am delighted this state of the art modern leisure facility in the Western part of Wokingham Borough is going from strength to strength since it opened. The facilities have been made possible thanks to developer contributions and investment from the Premier League and FA Facilities Fund.

“We’re continuing to improve our leisure facilities across the Borough with planned investment as part of our new leisure contract with Places Leisure and two brand new facilities at Bulmershe and Carnival, which will all improve grassroots sport in the area.”

Back in 2015, the borough council held a public consultation on sport and leisure improvements in Shinfield, Spencers Wood and Three Mile Cross. One of the options looked at was the future of the former Ryeish Green Sports Hub  and it was made clear that local people wanted to see the centre available for sporting, local and school use. 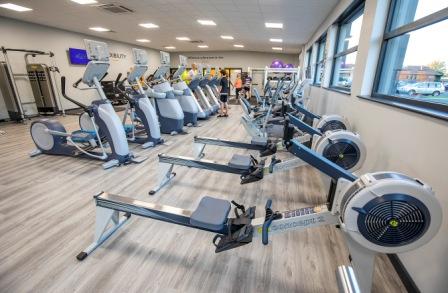 The venue is open Monday to Friday from 7.30am to 10pm, on Saturday from 8am to 6pm and on Sunday from 8am to 8pm. Customers can find out more information and sign up for memberships at www.ryeishgreensportshub.org