The SWDR is being built primarily to serve the 2,500 new homes coming to the South Wokingham Major Development Location as well as to ease traffic.

The route runs south from the new Montague Park housing development at William Heelas Way via a new bridge over the Waterloo/Reading railway line then links to Waterloo Road. Once the new bridge is open, the current Waterloo Road level crossing will close and all traffic including cyclists and pedestrians will use that and the new road.

Cllr David Lee, deputy leader and executive member for strategic highways and planning said: “We’re thrilled the next phase of our major highways project has been approved. Detailed design work will begin imminently with construction starting early next year and this second phase we hope will be completed in autumn 2020.”

The SWDR is one of the schemes within the council’s major highways project to be delivered by Balfour Beatty. 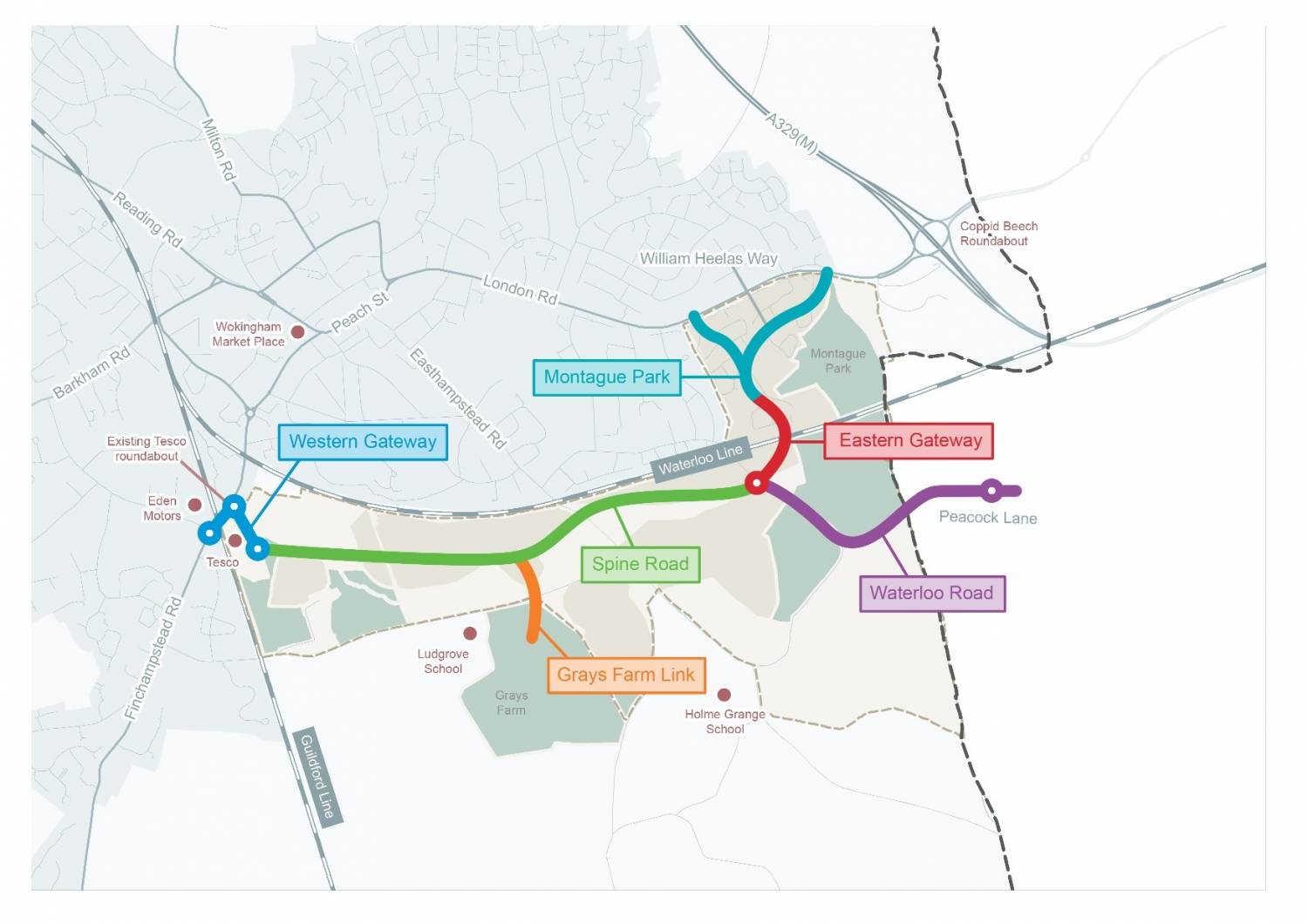 An exhibition detailing the proposed route of the second phase of the SWDR was attended by some 130 people at end of June last year.  Both residents and businesses were urged to have their say about plans before the scheme’s planning application was submitted in October last year.

The first phase of the SWDR was William Heelas Way through Montague Park, which is already open, and was built by developer David Wilson Homes.

The later stages of the SWDR will pick up from Waterloo Road and continue to new junctions at Easthampstead Road and Finchampstead Road, connecting to the existing Tesco roundabout.