Continuing to provide excellent services while striving to innovate alongside delivering value for taxpayers’ money as the lowest-funded authority, are the aims of Wokingham Borough Council’s new chief executive, Susan Parsonage. 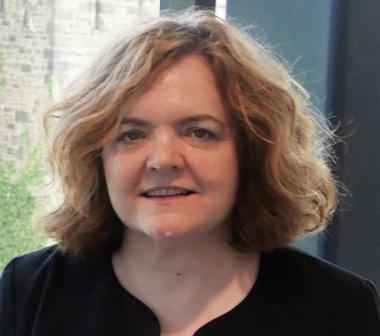 Following a rigorous recruitment process, the council’s Personnel Board has appointed Susan as the permanent chief executive. She is expected to take up the role in the middle of next March (2019).

A strong field of executives from across the country applied for the role and Susan was selected from a final group of six excellent candidates.  Full Council will now be asked to ratify the appointment at its meeting on Friday (December 14).

Susan has 20 years’ experience working in local authorities, with a strong background and passion for social care and economic growth. She has worked across a variety of sectors from housing to working with police to set up initiatives to reduce crime and anti-social behaviour in deprived areas.

Most recently, in her role with Lancaster, Susan has helped lead an innovative and exciting place marketing initiative which sets out a strong future for the development of the district. Key to this is the work the city council, with Susan at its helm, has also done in partnership with the Eden Project and other local stakeholders to bring the UK’s second Eden Project to Morecambe Bay.

Despite times of austerity, Susan has successfully reversed financial cuts to some departments while also developing a new attitude looking at the authority as a commercial entity and developing growth opportunities.

Chair of the Personnel Board, Cllr Alistair Auty, said: “Susan joins us following a very successful tenure as chief executive at another authority. Her commercial, strategic vision and leadership skills, shone through during the interview process and Susan has the experience and attributes needed to drive Wokingham Borough Council forward at this challenging yet opportunity rich time. We are an ambitious authority, our residents expect and deserve excellent services and the staff of the council merit supportive and inspirational leadership.”

“It’s a tough yet rewarding job but Susan is an exceptional candidate and we look forward to her joining the council early next year.”

Speaking on her appointment, Susan Parsonage said: “I am really delighted to have been appointed to this role. Wokingham Borough Council has already achieved a great deal in terms of transformation and at the same time is very ambitious for the borough and its communities.  I look forward to working with the staff and councillors to deliver on those ambitions for the future.”