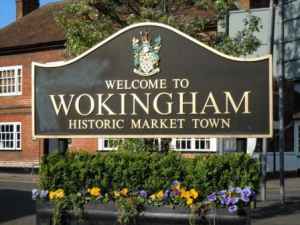 The borough is going through vast changes and challenges with new houses, roads,  schools and other facilities being built and towns being transformed – at the same time as Government funding is being reduced.

In order to help make some of the major decisions facing the council, it is launching two major public consultations: Budget Consultation and Transport and Highways Consultation.

These consultations will help the borough council understand residents’ views on some of the key issues and the main priorities and concerns people have. These are not referenda on exactly how the council spends its limited funds or what roadworks to carry out, but they will be used to make big and potentially difficult decisions.

Leader of Wokingham Borough Council, Cllr Charlotte Haitham Taylor said: “This is the first time we have attempted to gather people’s views on such a wide range of important issues and the findings will be incredibly useful as we plan ahead. Our budget decisions and transport and highways issues go to the heart of what matters most to residents and so it is important to hear from as many people as possible.

“It is important to be clear about the aim of these consultations: the findings will give us a vital insight into residents’ views and experiences but they are not referenda. The findings will be used alongside other factors, such as our legal requirements and our commitment to vulnerable people in order to make the best decisions for our limited funds.”

The Budget Consultation will be the first part of a two-year process to help the borough council make the really difficult funding decisions it will face in 2019/20. This is when the basic revenue funding that comes from the Government is cut to zero. The consultation will ask about what services people most value and what their priorities are and will be followed by a more detailed consultation next year.

Cllr Oliver Whittle, executive member for finance, said: “We have to consider a lot of factors when setting budgets and it will be extremely helpful to have a fuller understanding of what residents’ priorities are.

“We are very aware of our responsibility to spend every pound of Council Tax wisely and have made significant efficiencies in recent years. But, despite the savings made, the challenge coming up when our Government revenue grant is cut is severe. This is why we are undertaking this two-year consultation process to get as many residents involved as we can.”

The Transport and Highways survey will seek to increase our understanding of how people’s day-to-day lives are affected by roads and other transport issues. It will also ask about specific congestion hotspots and longer term priorities for residents.

Cllr Chris Bowring, executive member for transport and highways, said: “The Transport and Highways survey will be an attempt to build up a comprehensive picture of people’s experiences of getting around the borough. We want to know what works for people and what does not and gain a greater understanding of what is important to people.

To take part in the consultations, which will be open until December 30, please visit http://www.wokingham.gov.uk/news-and-consultation/consultation-and-having-your-say/current-consultations/

Alternatively contact the Community engagement team at communityengagement@wokingham.gov.uk or (0118) 974 6066 to request a hard copy.